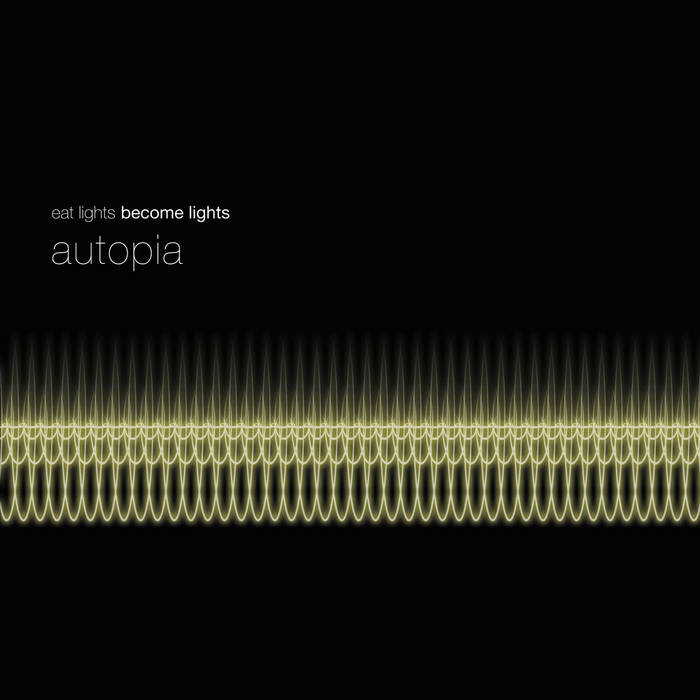 Eat Lights; Become Lights share a deep love of classic German electronic acts of the 1970s, evoking classic kosmische bands but making the sound very much their own, creating an ever-changing synesthesic landscape of harmony and melody, feedback & drones, played against a driving motorik beat.

With the release of their debut single They Transmit in May 2008 on Enraptured Records, ELBL quickly gained critical praise from the likes of the NME, and record of the week slots from Manchester’s Piccadilly Records and Leeds’ Norman Records soon followed. The second single Klustered, released in April 2009, was equally well-received, and the band set to work on a long-player.
Gigging heavily since their conception, ELBL have steadily built up a reputation as a formidable live act, and the band have played several high-profile supports, including a sold-out tour with New York electronic pioneers Silver Apples as well as being championed by Stuart Maconie on 6 Music’s Freak Zone and Andy Weatherall on BBC Radio 6 mix.

Autopia sees the band finally condensing the maelstrom of their live shows into an LP – in contrast the record is tighter, and more synthetic-sounding than the live show, recorded and edited using digital emulations of classic 60's compressors and EQs.

The record takes in a range of musical touch points, steering from the obvious Kraut-influences to 90s shoegaze and techno, always underpinning each piece with, quite simply, great melodies.

"...opening track, 'Test Drive' kicks in with a suitably motorik pulsebeat and a feeling of motion and acceleration, bright raindrops of guitar striking the windshield, the sweeping synths rushing past like blurred midnight motorway lights. But there's a warmth that's often missing from the work of other neo-Krautrock revivalists, a raffish melodic energy that belongs more to classic British indie rock, and the whole is built around a riff so nagging and addictive that it would be churlish to dismiss it in the name of some spurious war on cliché."

Bandcamp Daily  your guide to the world of Bandcamp

Guest hosted by Tamar Osbourn aka Collocutor and Toshio Matsuura.